Snyk Learn has become a valuable resource for developers to learn about application security. Today we are incredibly happy to announce the release of our new Homepage & Lessons Library.

Now it is even easier to navigate across various security lessons or categories. The new homepage showcases all the benefits Snyk Learn brings to the teams, in particular in combination with other Snyk products and just-in-time integration into the developers’ workflow.

Check it out today, we are eager to hear your feedback: https://learn.snyk.io 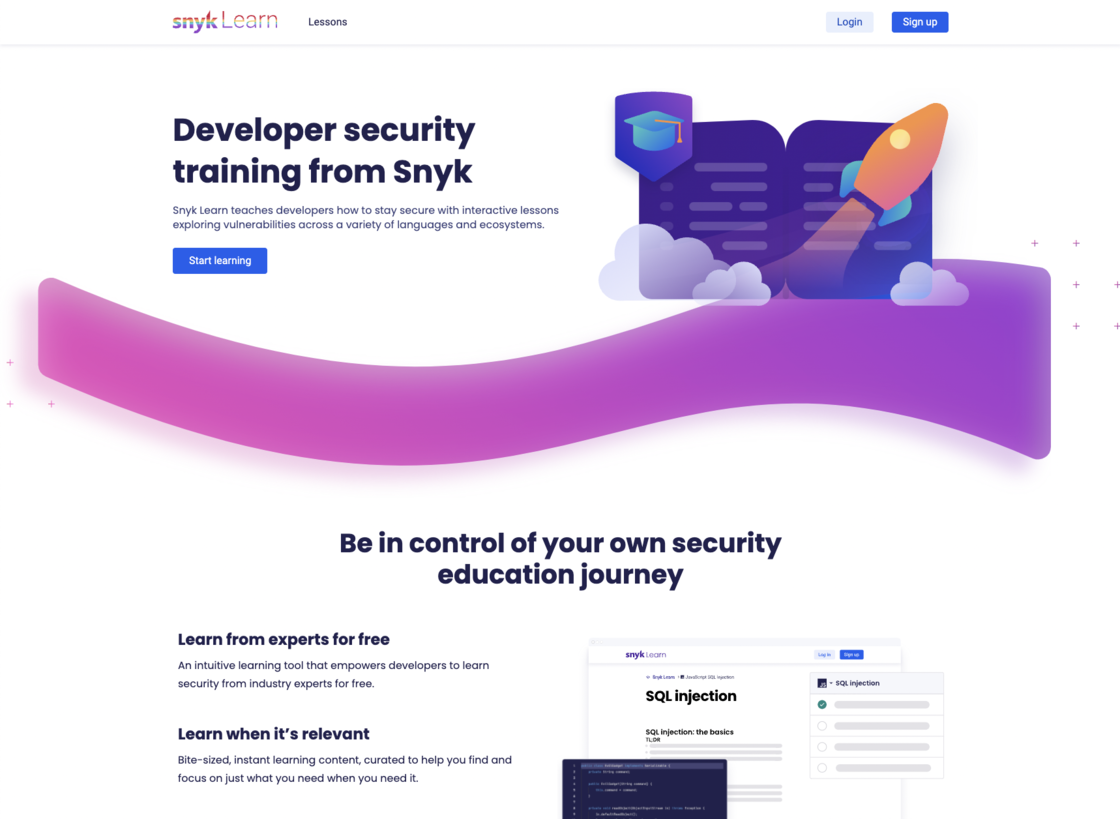 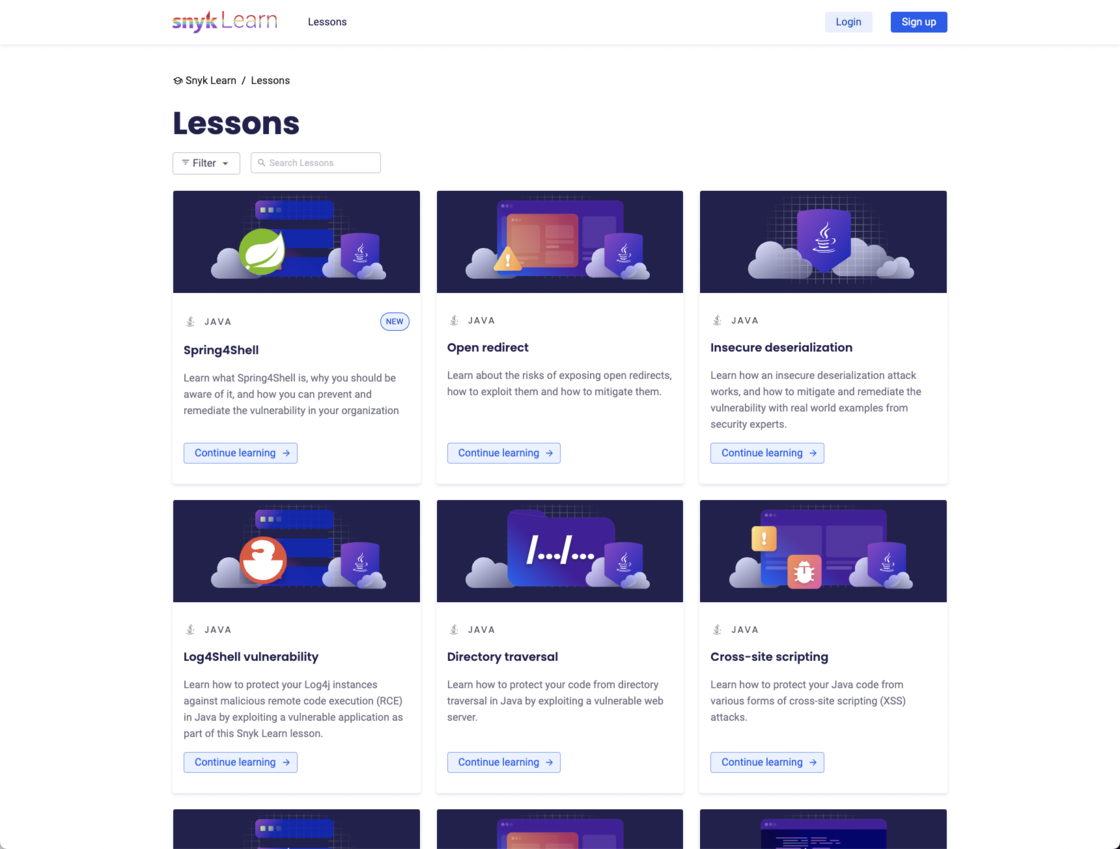 Users with ‘Collaborator’ permissions can now view and make changes to IaC settings in the Snyk app Infrastructure as Code setting sidebar.

We are changing the behaviour of snyk iac test to only scan files within your current working directory.

We are making this change to create a more consistent and predictable way of how we group and display findings from scanning your directories and files.

When is this happening?

In certain situations (Why does my Maven package show Unknown version), Maven, Gradle and SBT projects imported via Git can contain dependencies where Snyk is unable to determine the version.

On Feb 17th, 2022, a change was released to label these versions as unknown. This caused Snyk to report such dependencies as being affected by all the vulnerabilities for that package, and may have led to false positives for issues not relevant to the actual version used.

When this change is deployed, you may see the number of vulnerabilities in your projects go down.

Note: you can see dependencies with unknown versions in Reports. While it is not currently possible to filter dependencies by version in the Reports UI, you can export as CSV for analysis.

Currently, the Snyk CLI excludes Gradle configurations set as isResolvable: true && isConsumable: true. The reason for excluding these is because according to docs.gradle.org about declaring dependencies, this combination is deprecated and shouldn’t be used.

However, many applications still include configurations like these, so we are changing behaviour to include them in Snyk CLI scans.

What will you see?

This might mean an increase in the number of dependencies, and/or different resolved versions for existing dependencies.

By reporting more and different versions of dependencies, the number of vulnerabilities may also potentially increase.

When is this happening?

This change will be released in a new version of the Snyk CLI on June 16th.

Improved the CLI Output for Snyk IaC to provide you with more informative and actionable feedback. The new CLI Output has been optimised for readability and displays issues in a more clear way to help you find your issues faster and take action to remediate them.

What should you do to enable this?

View the documentation for more details.

Improved UI for Snyk IaC include Terraform, CloudFormation, and Kubernetes files. You now have a detailed view displaying one code snippet per issue, making it easier to identify the issue in code and creating consistency across the UI for Helm chart files and Snyk Code projects.

View the documentation for more details.

You can now ​​detect cloud infrastructure drift and unmanaged Terraform resources via the Snyk CLI.

Using the CLI command you can:

This release includes a brand new CLI UI for clearer reporting. For usage and constraints, please see the product documentation, the release blog post or the Snyk CLI help.

Secure your IaC in Terraform Cloud

Using the Snyk integration you can:

To start, navigate to your Integrations page in Terraform cloud and connect Snyk to your workspaces.

This feature is available on all Snyk plans.

For usage and context, see the Terraform Cloud integration documentation and our blog post. Also available is a great Hashicorp + Snyk tutorial.

Scanning for Terraform Variables is now released in the Snyk CLI 🎉.

Upgrade Snyk CLI to v1.868.0 or above and run snyk iac test as usual in your directory with TF files.

For usage and constraints, see our documentation.